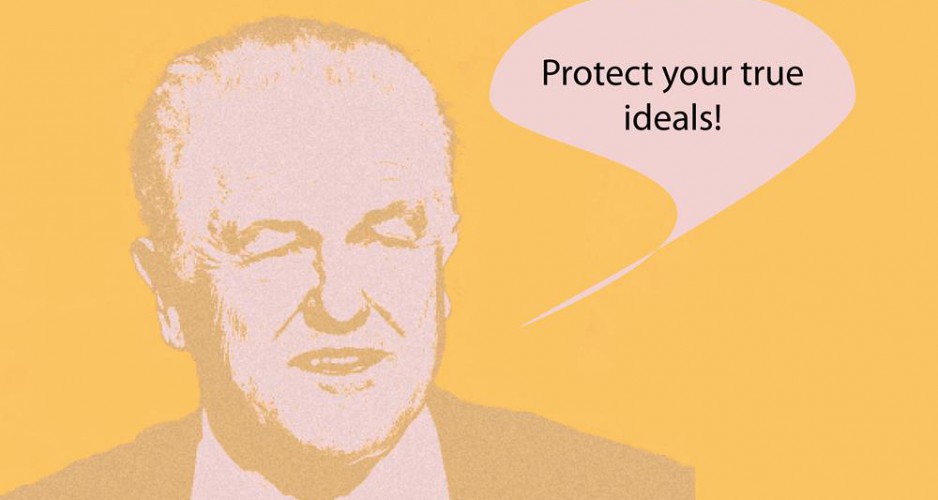 Young people have ideals. They are easily fascinated by ideas and/or promises that will shape their lives significantly and give them inspiration.

Today many of us might ask why young people in Europe choose to follow the ideals of the Islamic State movement – an organization which has been officially designated as terrorist by the UN. Why do young people leave their families and friends in order to support the jihad, the holy war?

There is yet no concrete number of young people leaving their home to join the IS forces in Iraq and Syria. It is estimated that several thousand Europeans at the age of 15-25 years responded to the call of IS supporters. Also girls voluntarily undertake the journey in order to marry a jihad warrior or help to establish the terror regime. They are all victims of IS propaganda which is blinding them with wrong promises, stylized ideals and last but not least an image of a fulfilling life which is led by values.

The pursuit of ideals is also a pursuit of values that act as guiding lights of how to lead a satisfying life. Values provide for personal orientation and security with regard to the future. Especially young people seek to answer the question what they want to do with their lives. Fight for ideals – yes. But fight for false promises?

When these young people arrive for the jihad mission they are confronted with a cruel reality: Rape, murder and violence belong to the daily routine and one may wonder about the holiness and truthfulness of the mission. Are these still ideals or simply the banal pleasure on other people’s suffering?

The IS organization is trying to reach out to young people by using social media like Twitter or Facebook. There are pictures of glorious warriors and fierce speakers, women in arms fighting for their men and convictions. Of course you do not see a single shot warrior or raped woman who is enslaved to “produce” new jihad warriors.

There is nothing wrong in pursuing your ideas – when they are not related to terror, murder and violence. So many young people engage in peaceful initiatives where their idealism and creativity is highly welcomed. “My Europe” is one of these initiatives where young people are asked to help make the world a peaceful home to everyone. For this cause you do not need false promises, but true ideals.