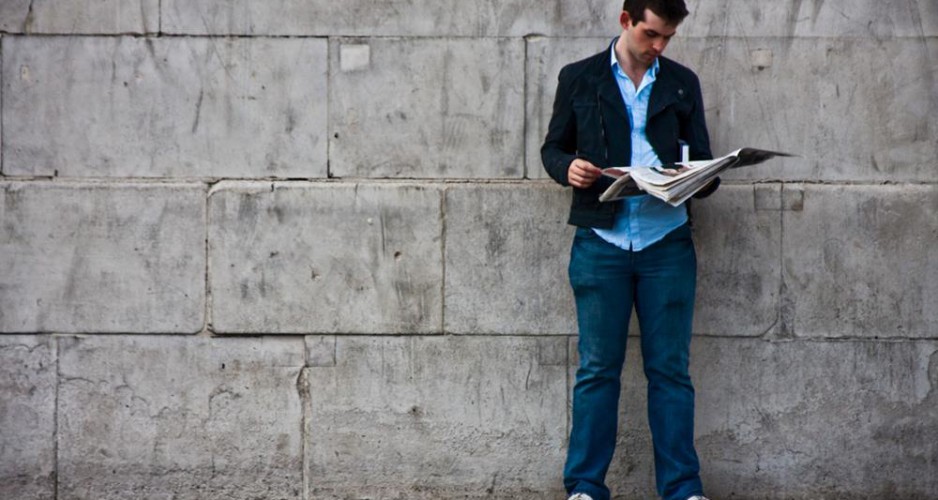 – We welcome here Mr. D. Stuk, director of “E.U. Today” – you all know this is the biggest information group ever made in Europe! We are indeed celebrating today the fifteenth anniversary of this group!

After this address to the audience, the big man turned to his guest and went on:

– So, welcome Mr. Stuk, and let’s begin with our first question: can you remind us what “E.U. Today” actually is?

As you said, we are one of the biggest information group ever made. However we are even much more than that. Maybe it is interesting to step back to the very start of this project to understand his importance. “E.U. Today” was founded to fill two needs: to reveal information with a European focus and through a non political media. The hope was to lead people to build their own view on every topic.

In 2015, in the middle of the Greek crisis, we realized that mass media differ from state to state in their way of presenting the events. Of course, we had in mind how much media can influence people and how helpful they could be. We got then a new name for our group, “E.U. Today”, and we reorganise it with new aims: objectivity and uniformity. Indeed, we insisted that any European should be able to read the same article. Like this, we avoid the risks of misunderstandings between nations. To do this, we had to employ lots of translators and journalists from all the member states. It was not easy at all to set up, but finally we have reached our goal. Also, consequently, I am proud to say that we took a large part in the making of the European feeling as we know it now.

– I’m sorry but I cannot remember how it was before. Was our feeling of European belonging less clear?

I know it is hard to believe but only fifteen years ago, the euro-sceptical parties were very present in Europe. Today everything has changed. People are convinced that E.U. is a really good thing for their present lives as well as for their future.

– How can you explain the role of your media in this change?

“One media avoids confusion between states”

First of all, having only one media avoids confusion between states or regions. It also means that European people are told about any event taking place in another member state, any topic about any European situation. The result is a feeling of closeness, of compassion for any trouble, or simply a feeling of concern. It seems normal for us today to read an article written by a Spanish journalist concerning Sweden. It was new then. Thanks to our group, borders were not barriers anymore. A European feeling has developed. A real union between people has concretised. We have learned to appreciate our fantastic situation of European citizen far better.

– Everything sounds great but all these journalists and translators must be paid. How do you manage it?

Well, information is a gage of Liberty and democracy. Look to North-Korea or to any authoritarian country to make sure of that. Of course information has a price too. E.U. has to subside us, it is right, but probably not as much as you could think. We broadcast our channels for free in the E.U., so you can imagine how many people watch our programmes. This is a unique place to spot an advertisement and we are thus selling this opportunity at really high price. This is basically how we mainly finance our group.

This means we get the amazing chance to work without any financial pressure. We are not looking for money, and this is good because money and information have never mixed well. For instance, we do not have to highlight stunning – and improbable- things because we need to sell. We are free from that; we can concentrate for making a good job.

– A last question: what do you expect for the future of the E.U.?

We have seen that the unification of the citizens has been followed by a unification on a political level. Today more power is given to Europe. I hope that it will continue like this because “United we stand, divided we fall”. If the E.U. wants to survive among other powerful states, it has to stay united.

– Thank you very much Mr. Stuk and see you for the twentieth anniversary!

Alexandre (18) participated at the “My Europe” workshop in Brussels in February 2015. He goes to Collège Saint-Michel.