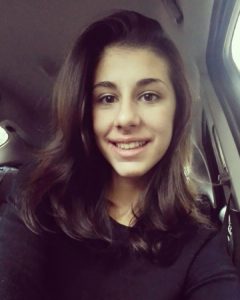 She is a student at Private High School “Educational Technologies” in Sofia and would like to become a lawyer. Her interests include: dancing, reading, doing sports, studying languages and political affairs.

“For me, My Europe is an amazing opportunity, which shouldn’t be missed for the world. The workshop in Sofia was an unforgettable experience. My Europe is a great way to get to know people at my age, their cultures and their problems. Also, for me, it is not only a project, it is a lifetime experience, which I would never forget.”

There are many things in Europe that could be changed. Although I am only 17, one of my dreams is to contribute with something to making Europe better. The first improvement I would try to make in the continent where I live is to give the chance to at least one student, between 16-18, from every European country, which is part of the EU, to be part of the Council of the European Union. That way not only the voice of the adults, but the younger part of the population of the country will be heard.

Activities for the Youth Council:

Member of the Youth Council