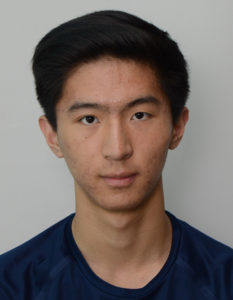 Ri Kang Song (16) from North Korea took part in the My Europe Workshop in Sofia on 28-29 November 2016 and won the fifth prize of the writing competition.

He is a student at 7th Secondary School” Sveti Sedmochislenitsi” in Sofia and would like to become a Diplomat. His interests are Music, Martial Arts and Physics.

“For me, My Europe is the project which has given me a great opportunity to shape the future of Europe and also to be aware of others’ points of view and various critical ways of thinking.
Moreover, as Lon Watters said, “School is a building with four walls and tomorrow inside”,  My Europe has also brightened my future as a teenager.”

“The first and most important step of changing Europe would be understanding and tolerating national identities, focusing on every single country and not treating them as a whole. That would most likely raise the morale within the boundaries of the union. Furthermore, a better use of the integration funds would highly affect the ways the finances are spread, leading to a healthier economic management.“

Activities for the Youth Council:

Member of the Youth Council