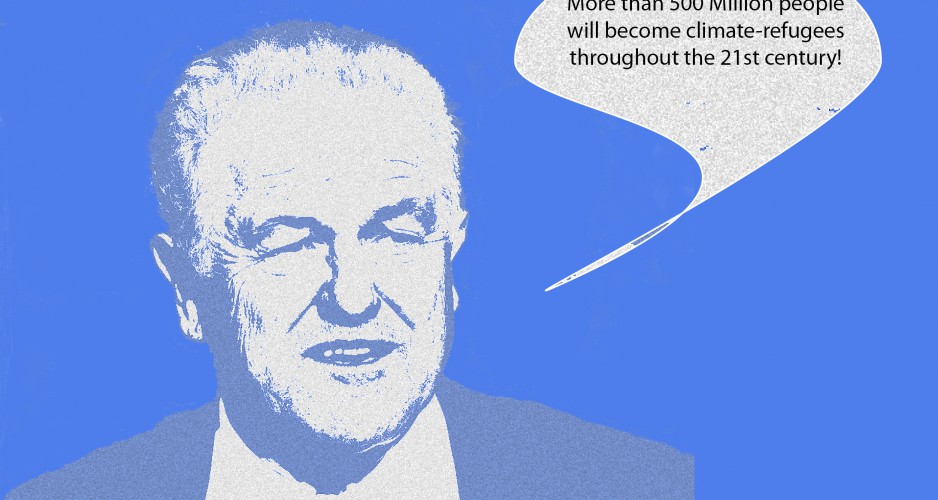 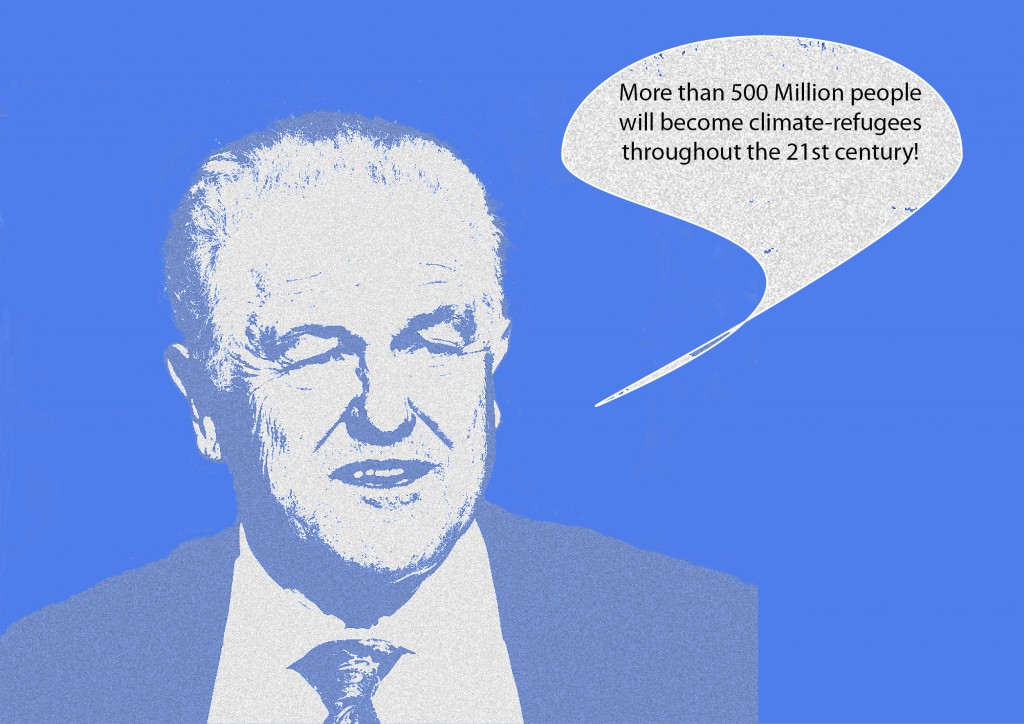 At the debate on “Refugees in the 21st century” on 26 November 2015, MEP Elmar Brok, stated clearly, that the terror of Paris must not be associated with the refugees. Instead, it should be clear that the refugees are the consequence of the terror and not the cause. After all, 90% of the victims of the terror are Muslims.

Moreover, he added that religion is not the main reason for conflict between people. Rather the cause of these conflicts can be found in proxy wars of the USA and Russia as well as Iran and Saudi Arabia. Brok emphasized that this issue cannot be resolved within Europe and that we must get to the root of the political problems that are at stake.

While Brok emphasised war and crisis as the main cause of refugees, Prof. Dr. Curtius explained the relationship between climate change and refugees in the 21st century. Curtius argued that natural disasters such as earthquakes, tsunamis, storms and floods over the next decades will result in a flow of refugees. Droughts and dry periods as well as shortages of drinking water will be factors that will force people to migrate. We must be prepared that a co-occurrence of multiple factors (e.g. earthquakes, storms, droughts etc.) can cause streams of refugees up to 50-100 million worldwide.

Compared to the stream of refugees today these are completely different dimensions with which the world will have to cope. It does not matter whether the amounts of rising sea levels due to emissions of greenhouse gases are two or five meters. Just the fact that the sea rises, should mobilise politics and business to take actions on a global level to ensure the safety of inhabitants of endangered areas.

Prof. Dr. Pohl, head of the Scientific Advisory Board of the think tank Frankfurter Zukunftsrat, anticipates that “Climate-refugees” will surpass anything seen before in the 21st century. He estimates that between 500 million – 1.5 billion people worldwide will lose their homes and will be forced to flee.

Thus, the members of the think tank Frankfurter Zukunftsrat demand that the protagonists at the climate summit in Paris do not only discuss the origins of climate change, but also make a plan to take immediate global action.