Religious education : something to be taught in the private family circles or something that belongs in the public classroom ? For some countries like France school and religion shouldn’t have anything to do together whereas in some states in Germany religion is handled as a mandatory subject at school.

I spent my whole school time in a french school in Munich Germany. I so have been raised in a setting where religion and school were strictly separated. Religion is treated as a private thing which has no place in the public domain of school education. And I understand it. Religion is our outmost privacy: wether you are a christian, jew, muslim or atheist, it is what personally relates you to god and your beliefs. Also the separation of religion and State gives us the assurance that education doesn’t favor or discrminate any kind of religion

But we also have to take into consideration that religion is also a big part of culture. The Notre Dame in Paris, the Blue Mosque in Istanbul or the Dohány Street Synagogue in Budapest are all buildings that are culturally and religiously relevant. They are the result of centuries of beliefs that integrated themselves in our everyday culture and make for some of the most beautiful landmarks we have in Europe. It therefore seems all the more shocking that once I graduated from highschool I knew close to nothing about our constantly surrounding religions.

So is teaching religion in schools the right way to go?

We can take the example of Germany where religion classes are mandatory in most States. They teach the beliefs and traditions of one specific religion, most often christianism. However there are also classes teaching about Islam or Judaism so that people who do not affiliate to christianity still can pursue a religious upbringing. If the kid does not express himself as belonging to any religion or to none of the religion taught, the parents can also disengage their kid of religion classes by having an official meeting with the school’s headmaster. Every school is then responsible to offer a separate non-religious class in exchange.

This kind of religious education seems however to be a quite tunnel-visioned view as the classes stay limited to one religion and are designed in a religious setting rather than a purely educational one.

Which solution seems to be the right one then ?

I think neither of them. In a as religiously diverse social setting as we are in now in Europe, we have to acknowledge the importance of knowledge about these different religions. Therefore, I believe that there is a need for an impartial class on religion, so that the fundamentals of religion are acquainted by the time a student reaches his majority. Something like the Ethic classes in Germany. The goal is not to brainwash students into another religion or ensure a religious upbringing in any kind, it should rather be designed as a classic school teaching explaining the different religions by exposing the facts; much like a history class. It might be a step forward to build up tolerance towards different cohabiting religions and deconstruct false stereotypes about them. It might even be a step towards a more harmonial Europe. 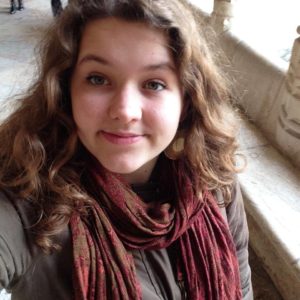 Clara (20) took part in our “My Europe”workshop in Munich in 2013. She is one of the winners of the international writing contest from the workshop and has been actively representing the voice of young Europeans through the “Youth Council for the Future” (YCF). She is the Project Coordinator of the Working Group on Religion. Clara is currently studying at SciencesPo Paris Campus Nancy She likes to write and play basketball.