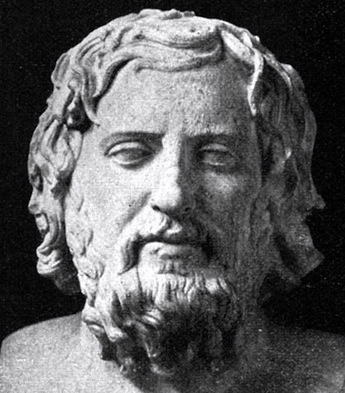 History and Globalization: An Academic Pursue

In a world ravaged by new technology, one must wonder what will become of the discipline of History in our education systems: will millennials praise the growth of mankind, or will we keep on teaching our children that the wonders of their own Nations overcome those of the world?
From ever since children start school, from such a young age as five or six, they are taught the History of their own country, from the first gregarious communities to occupy the territory up until modern History. Yet, the core points of every History programme remain the same: “how did we affect the world?”, “How did we, as a society, evolved?”, “What happened to us?”
As much as one argues that national identity is something primary to every men or woman, globalization is a phenomena not to be ignored, and the Global Village, anchored on the Internet, is the new Nation that gathers all with access to the World Wide Web. However, world education leaders seem to purposely overlook the facts, and insist on leaving it in the hands of the younger to discover that there is a world out there, with History as rich as their own.
For a better understanding of this issue, let us point out two education systems that differ when it comes to relating national History and World History, and offer a possibility to “cover” the plot of World History in students’ curricula.
On the one hand, in England, a new subject programme was implemented in 2014, named “National Curriculum”, specifying what British students must study and what they should be learning at different ages. Even though the History programme refers the need to “gain a coherent knowledge and understanding of Britain’s past and that of the wider world”1, students must focus their attention on British History: local history, the Romans, Anglo-Saxons and Vikings in Britain, Britain and the wider world in Tudor times, Victorian Britain and Britain since 1930.
In Portugal, on the other hand, secondary school is divided in five areas of interest, each with specific compulsory subjects. The History programme2 relies on modules that will first provide the student with political, economic, and social context for every Age, and then introduce the country’s situation given said context. This programme’s main pretence is for the student to “develop a sense of self-criticism, the ability to accept different opinions and to recognise the existence of various working modules of society.”3 Yet, the issue remains: although Portuguese students have a clear image of what Europe as a whole has lived since the invention of Democracy, the rest of the world is a mystery until the 16th century. And even then, History programmes pursue a European-centred perspective.
These self-centred perspectives result, as Europe well knows, in a strong sense of nationalism, in an honest belief that our home country is the best of the entire world, this feeling often being expressed as arrogance and suspicion towards foreigners. It was this feeling of superiority that led to the advent of two world wars that left nothing behind but grieve and destruction.
The question now is how to prevent such feelings from forming? Investigators Robert Bain and Tamara Shreiner from Michigan University claim the answer to these concerns relies
on the creation of a new subject, a World History subject. In the USA, this is a high school subject, growing more and more popular every year. However, the teaching in these classes still goes much on a “Hollywood-based” view of History, opposing to the purest form of historicism Education Ministers should provide.
According to the authors, in order to make sure that World History is about the whole world, and not just the Western part, it is necessary to divide the subject in 4 independent structural patterns that, together, provide students with the most information about World History. They are: “World Civilization Plus”, which offers an expanded version of a familiar narrative that focuses on the development of civilization in the West, specifically Europe; “Social Studies World History”, which offers a multidisciplinary approach to broad themes such as “Time, Continuity, and Change,” but which still does not challenge the “Europe as the Center of the World Model”; “Geographic/Regional World History”, which considers change over time in differing regions and sometimes braids these strands together in separate courses on Africa, East Asia, South Asia, or Latin America in addition to a broadly based world history course; and “Global World History”, which the authors describe as a synthesis of “trans-regional and civilizational studies” that requires students to “look at and across regions of the world.”4
It is fair to wonder whether teaching such a subject is enough to erase the distrustful feelings that mandated international interpersonal relationships over the past few millennia. Ever since Ancient Greece, Xenophon argued that closed societies were better than open societies. Discussion on this topic has not evolved much since 500 B.C. However, it is also fair to argue that World History would help young students to understand other cultural options and thus, to more easily accept different views of the world.

This is not an easy discussion. There are numerous arguments in favour and against a subject such as World History. Apart from those already presented, one might ask how to ensure impartiality from those talking of History, given that there are always two sides to the same story. Even if we argue that World History should always be presented through both perspectives, the winning and the loosing, we are still left with the natural inability of Men to not take sides. These are questions we are far from answering with all due certainty.
The examples to prove this phenomena are more than well-documented. If a British student were to travel across the Ocean and discuss British History with fellow North-American students, he would be confronted with a certain difficulty, since what Americans call the “Independence War” is known to the British as the “Colonial Insurgence”. Moving Easter, the Second World War was known as the “Great Patriotic War” in soviet countries for many years.
However important National History might be in building a person’s character, providing them with knowledge that derives directly from their ancestor’s way of life it is fair to wonder how can anyone be expected to discuss, open-minded, freely, about subjects such as History, if they were never given the chance to study, in school, under an advisor and among their peers, the existence of other perspectives, different from their own?
The answer is, they cannot. That is why we advocate a European History subject, directed mostly to high schoolers. Hopefully, the understanding of Europe’s historical evolution as a highly interactive block, with more in common than in difference, will reinforce the bond that unites all of Europe under the same flag of peace and development for all. Consequently, it would diminish the nationalistic and xenophobic feelings that are spreading throughout Europe, today, as it would bring closer the various nations that form the Old World, as a single world, made of different opinions, based on discussion and the well-being of its population.

Leonor Frade (18) participated in the “My Europe” Workshop in Lisbon in 2014. She has since then been a member of the working group on Gender Equality and now writes for the Education group. She is a Law student and enjoys discussions about politics, education, employment, science and philosophy. She presents the result of those discussions in short essays and hopes you will enjoy them.