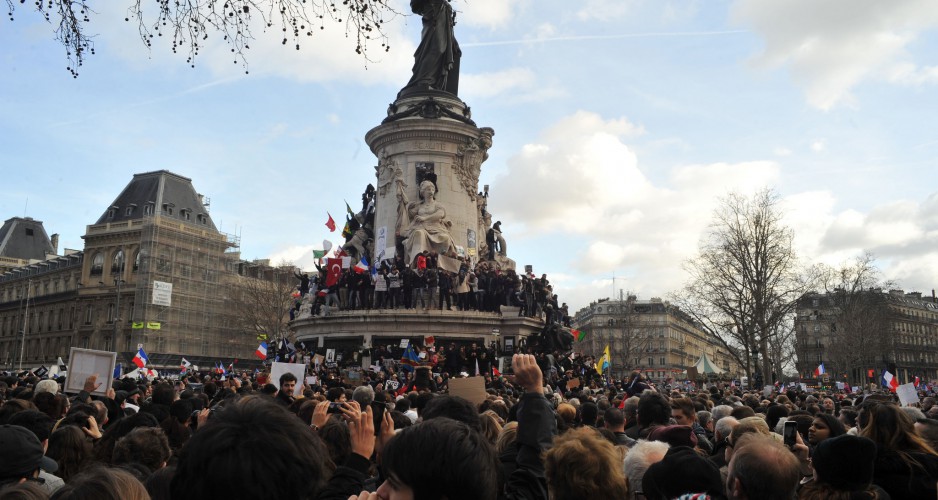 What shocked me the most was the coldness with which he murdered the policeman. Spanish news programs didn’t hesitate in showing the scene. We could all see how the terrorist ruthlessly shot to death the police officer who was lying in the street, unarmed and wounded.

The Charlie Hebdo attack is a challenge to European values. It not only is the cruel murder of innocent people. It is an attack to our freedom.

Now that the nightmare is over, questions arise. How is Europe as a society going to respond to this problem?

Let’s think for a moment. The two brothers that committed the attack to the satirical magazine were born in France. They grew up in an orphanage. The eldest one was a sports coach.

“My worry is that we simplify things.”

His younger sibling worked delivering pizzas. What could possibly make them embrace a terrorist group, leave their country to fight for Al Qaeda and then return to kill twelve people in such a brutal way?

My worry is that we simplify things. Many people in Europe are already talking of an “islamization” of our continent. Some parties will want to use this attack politically. But we must bear something in mind. Jihadists are a small minority inside of Islam. A vast majority of the European Muslims respect and cherish our values and liberties.

The policeman whose brutal murder we could watch on TV was, in fact, a Muslim. His name was Ahmed. He died defending one of the core French republican values, the freedom of expression. And let us not forget that most of the victims of jihadist terrorism around the world are Muslims.

Therefore, we as young Europeans have a responsibility. We must promote and defend our values and system of liberties. And we must have a critical and tolerant point of view. Many young Muslims in Europe feel excluded, unwanted and rejected. Some of them may see “martyrdom” and fanaticism as a way out to their situation. What course of action should we take? My answer is simple: talk to them.

Nicolás (18) is a Member of the Youth Council of the Future. He participated in the “My Europe” workshop in Madrid in 2013.