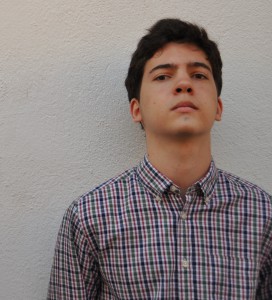 Nicolás (18) participated in the “My Europe” workshop in Madrid in 2013 and after winning the writing contest in his country became member of the Youth Council for the Future. He´s a student at the Instituto de Educación Secundaria Ramiro de Maeztu in Madrid, Spain.

He´s interested in politics and music. In his free time he likes to read and to travel. Meeting new people also belong to Nicolás interests. His dream job is to be a Spanish diplomat or working as civil servant for one of the EU institutions.

…flexible, modern, open to the rest of the worl, democratic, tolerant, multicultural and free.

I would solve the problem of the democratic deficit of the EU, enabling citizens to directly choose the President of the Comission, and reinforcing the power of the European Parliament.