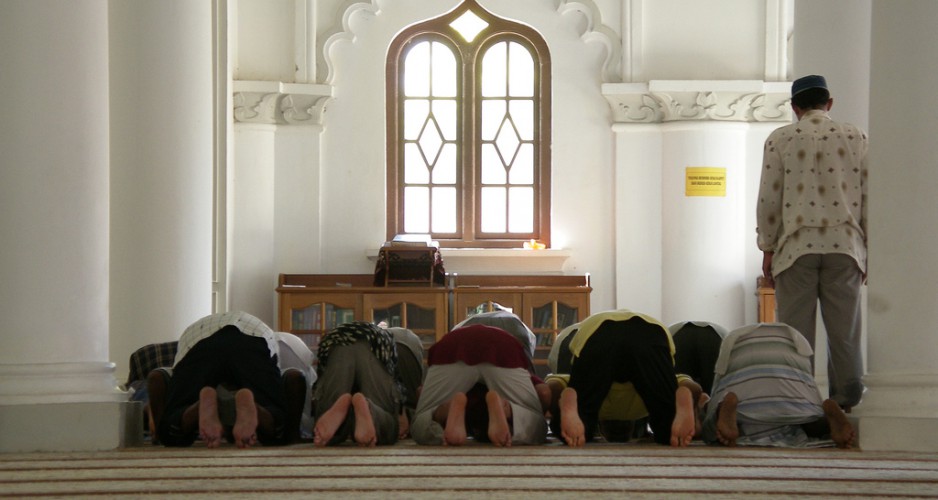 This is the third part of a 4-part series, discussing the pros and cons of an accession of Turkey to the European Union from all angles. Check the blog regularly or sign up to our newsletter to be notified as soon as the final part is available. Find the other parts here: First / Second

In the previous 2 blogs I tried to explain why Turkey should become a member of the EU from both the EU’s and Turkey’s perspectives. In this and the following blog, I am focusing on the reverse: “Why shouldn’t Turkey become a member of the EU from the EU’s and Turkey’s perspective?”. In this blog, I am arguing from the EU’s perspective.
The main arguments in this passage are based on the problematic situation of Turkey’s neighbours, the uncertainties in the Turkish economy and politics, Turkey’s extremely big population, cultural difference in case of religion and some lacks in liberal democracy.

The most important difficulty for Turkey with regard to the membership is its very critical geopolitical location because when Turkey becomes a member, the border of the European Union at the east and north-east will extend to the Middle East and Caucuses, one of the most problematic areas in the current global politics. If we look at the map, we can easily see that Turkey is surrounded by anti-democratic states including Armenia, Azerbaijan, Iran, Iraq, Syria, and Russia. All of these states have different internal issues which force them to be undemocratic. Because none of them is interested in a “win-win” idea, there is no stability in the region for a long time. Furthermore, the most prominent two problems “ISIS” and “Syrian refugees” make Turkey’s regional policy weaker because both of them are the problems that have political and security aspects. Thus, if Turkey becomes a member of the EU, the EU will have to face such problems as these because of the common foreign and security policies.

“[T]his possible membership will force the EU to change its foreign and security policies.”

Behind the EU’s own ongoing problems including the Ukrainian problem with Russia, it will face more and more problems. Related to this issue, if Turkey becomes a member of the EU, the EU will have to open its borders to Turkey, so the refuges and migrants will arrive to Europe via Turkey. This would force the EU to change its migration policy. Briefly, this possible membership will force the EU to change its foreign and security policies. From this point of view, Turkey should have to wait a little bit longer.

Uncertainty in economy and politics

Although the Turkish economy has been for a decade developing in a positive way, it has still structural, fiscal and monetary problems. Especially the percentage of unemployment is still about 10% which is above the EU’s criteria. This is a structural problem in the Turkish economy, so in order to solve it it will take a long time. Also, inflation, another structural economic problem, the taxation system and the economic inequalities within the society are still visible. Thus, the membership of Turkey economically seems a little bit early.

Another handicap of Turkey is its big population. Today’s population is about 75 million (without the refugees) but will be 80 million by 2020, so this is really too big for the EU to absorb it in short-run. Thus, Turkey’s population can change the EU’s demographic structure.

Religion as a cultural difference

“Turkey’s membership will be a signal.”

As a reality, most of people in the Islamic world see the EU as the Union of Christians. From this point of view, as having a 95% Muslim population, Turkey’s membership will be a signal that Europe is open to the Islamic world. However, this is really debatable because although there are millions of Muslims living in Europe, Turkey’s membership will bring 80 million new Muslims to Europe, so this is a situation that can change the demographic structure of the EU too.

Honestly speaking, Turkey still has problems with human rights, women rights, labour rights and homosexual rights. Although the state has been improving on these issues for a couple of years, this is a long-time tradition. Thus, while the EU still has some problems with the consolidation of former member states, integrating Turkey will impose new problems on the EU.

To sum it up: The problematic neighbours, the uncertainty in economy and politics, a big population, the cultural difference in case of religion and lacks in liberal democracy indicate that Turkey will need a decade at least to become a member of the EU.

Hacı Mehmet Boyraz (21) is a student of International Relations with Political Science and Public Administration at Gediz University in İzmir.

The planned ring of friends around the European Union has turned into a zone of chaos and uncertainty. In the new European Commission, policies for enlargement and neighbourhood policies fall under Austrian Commissioner Johannes Hahn. He faces an uphill struggle. Bereft of convincing incentives, Europe’s unique ‘neighbourhood policy’ can no longer promote its noble goals. Instead it produces the opposite: disillusionment within the EU, and disdain in neighbouring regions and in the power centres that stand behind them, whether they are in the Kremlin or somewhere in the Middle East.

“Most of the controlling forces behind Europe’s neighbours no longer believe in benevolent integration and transformation.”

Most of the controlling forces behind Europe’s neighbours no longer believe in benevolent integration and transformation. The EU has to deal with a wide and difficult world that encompasses the problems of Sahel, Russia and the Caucasus, piracy and terror in eastern Africa and even the kidnapping of Europeans in southeast Asia. The bitter truth is that, 100 years after the first world war, Europe is no longer exporting stability around the globe. For the first time, it is importing instability, through terrorism, illegal migration, cyber-crime and other forms of destabilising activity on and across its borders.

As Commissioner Hahn knows from his own country’s history, the EU can offer only one real incentive towards those it tries to link to its values and interests: EU membership. Yet any further enlargement is off the table at least until 2019. This is bad news for Serbia, Montenegro, Macedonia, Albania, Bosnia-Herzegovina, Kosovo and, of course, Turkey.

The EU’s neighbourhood policy is falling a long way short of its aim of extending European values and instruments and helping develop a common market. The policy, in effect since 2004, involves a large budget, with €15.4bn due to be spent between this year and 2020. The Treaty of Lisbon gives the neighbourhood policy quasi-constitutional status. The policy has met some success in a technocratic sense since 2004. But this year the environment has suddenly turned darker.

“The neighbours are no longer consumers of European ideas”

Neighbourhood policy, by definition, is a paternalistic concept. Its objectives cannot be fulfilled in the climate of revolutionary turmoil to the south and east of the EU’s borders. The neighbours are no longer consumers of European ideas; instead, they are agents of change in their own right. Ukraine may be drawn toward the EU more than any other place in the east; Tunisia may be more promising than any other southern state. But even these two countries, no matter how hard they try to keep to the neighbourhood policy precepts, know they will not receive the prize of EU membership as a reward for their achievements.

Their struggle shows that Europe should proceed on a case by case basis rather than directing well-intentioned but ultimately useless policies towards diverse neighbouring countries grouped into irrelevant categories. The EU needs appropriate tools for specific countries in improving standards in areas like health, tax and anti-trust regulations. These should be integrated into general EU work.

The new Commissioner for Enlargement and Neighbourhood Policies should reset his priorities by striving to eliminate his own job. The aim should be to complete EU Balkan enlargement as soon as possible. The Commission should then consign into oblivion a portfolio that has become a testament to the EU’s shattered illusions.

Ludger Kühnhardt, member of the OMFIF Advisory Board, is Director at the Center for European Integration Studies, Bonn University. He is author of European Union – The Second Founding and editor of Crises in European Integration. This article was originally published by OMFIF.