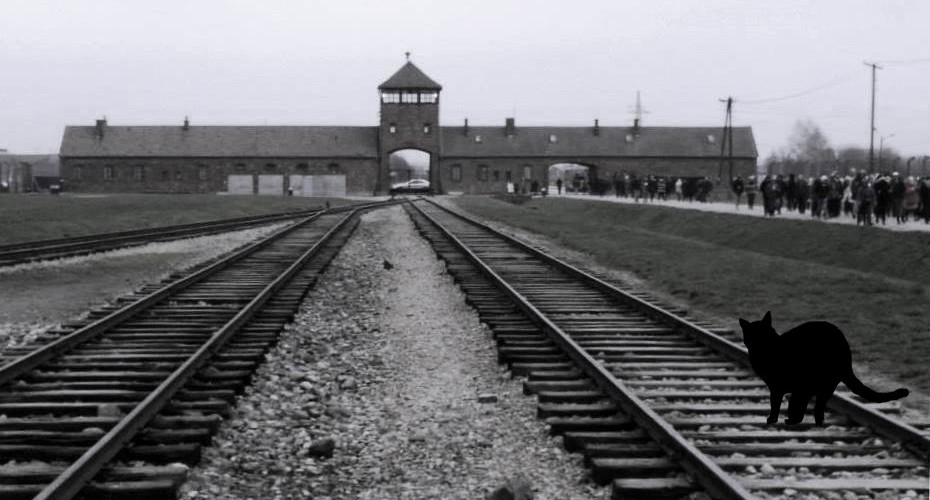 I think not. Nevertheless this world exists, but not for animals, they do not have this kind of evil. But man, yes.

Think about it. We live in a world where people are denigrated because of the color of their skin, a world in which religion is still a matter of discrimination and violence.

On January 27, we celebrate the World Day of Memorial, a day to remember the events that changed the history of humanity: the Holocaust. The Nazi madness, with the collaboration of several European states, led to the deaths of more than fifteen million people during the Second World War. We all know the events that distorted the history of mankind and destroyed Europe, and we are used to think of those events as in the past. But that is not the past, not just history, it is real life. We read the stories of survivors, we see epic films that recount those years and sometimes we look at things with distance, as if what happened does not concern us.

I made a trip to Poland. I entered in the concentration camps of Auschwitz-Birkenau. It was exactly what I had seen in many photographs and films. It was exactly the same, but it was totally different. Why? Because it was true. I was there.

I walked along the streets that the prisoners crossed to go to hard labor, I saw the ruins of the crematory ovens, I entered in brick huts where prisoners slept huddled together. It was so cold. The wind was so cold to stop me. I could not talk, I could not walk, I was only able to sit still and tremble. I was well-fed, healthy, and I had three sweaters, coat, cap, scarf, gloves, boots and yet I trembled. They had only a pair of pajamas, were malnourished and subjected to forced labor. I thought “how could they resist even one day in the cold?”. It is not humanly possible.

Then I realized the horror, the pain and suffering that those people must have felt. It goes far beyond our comprehension. At that moment I realized how deep darkness can be in the human heart.

Do not think that this is something away from you. Seventy years have passed and the blood of those people is still in Europe. Yet the recent terrorist attacks in Paris suggest that mankind still has not learned from its mistakes.

“At that moment I realized how deep darkness can be in the human heart.”

Yet people kill for religion and this is everybody’s problem. There is war in the Middle East, but also the heart of Europe is suffering the consequences, as in Paris. Do not think that the problem is the Muslims. Yesterday the Ku Klux Klan in America was against black people, yesterday there was anti-Semitism in Europe, yesterday there were the Christian crusades that caused millions of victims in the name of God.

So the question is this: have pain, death, repentance, compassion and hope not taught you anything? Are all these things are still served if you kill a man for his religion, for his race, for his political views?

Hatred exists, just as love exists, but this awareness should not leave us without hope. The solution exists: respect for life.

As the dream of Martin Luther King in a world where people are together and the skin color does not matter, like a Jew child and a German child playing together, as an Israeli who embraces a Palestinian, as a Christian who accepts a Muslim. There is no right, no wrong. There is the difference that must be respected and loved. Look at yourself in the mirror; you are different from anyone else in this world. Is it bad? No, it is special.

Europe can no longer accept this ignorance and intolerance. Enough violence, stop wars, it is time to promote peace and equality among men, because without this Europe itself cannot exist. Can you imagine a world where cats kill cats because they are blacks? No. Then do not accept a world where men kill other people just because they are different.

Alessia (24) participated at the “My Europe” workshop in Milan, Italy, in 2012. She is an active Member in the Youth Council for the Future.