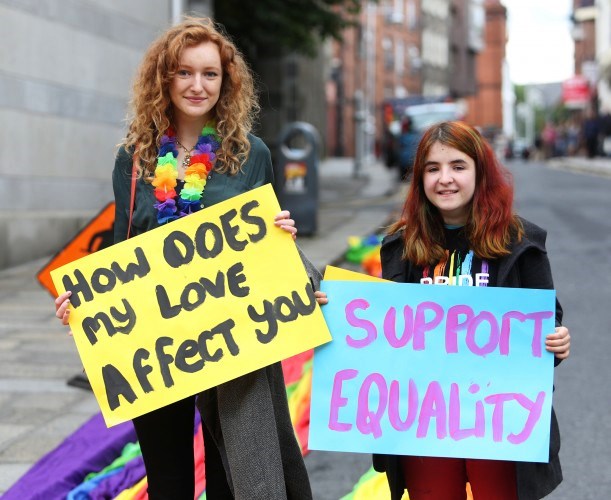 The Scottish galleon remains English, we know that. After two and a half years of electoral campaigns for the referendum on 18 September 2014, the plebiscite has moved all souls of the sympathetic Alba (ancient name of Scotland); the exit from the United Kingdom has been imminent and is now already almost forgotten. 55 % have clung firmly to England, to a London that just woke up at the last minute: reason defeats passion, much to the displeasure of Jane Austen! The 300 years during which Scotland enjoyed peaceful days within the United Kingdom have won over passion, no matter how genuine. The Yes camp, the camp of supporters of independence, has been overcome. They achieved only 45 % at the polls, but their supporters joined from all over the world for the event.

Just like them, I made my way to Scotland these days, and I was as disappointed as the rest of the passengers when my mobile phone said “Welcome in United Kingdom” upon landing.

We all had been reading the newspapers and magazines that analyzed this most famous game of the century, UK versus Scotland, and whereas half of the plane was filled with voters, the other half consisted of people expecting to assist a historic moment; something similar to the inauguration speech of Barack Obama, if you know what I am saying. We could have had such a moment. But in the end, history does what it wants.

The key issue of the referendum was not secession or separatism, not even independence. It was the possibility that at least once in its 50 years of history the European Union would not continue its existence based on treaties or decisions taken in haste behind closed doors, but on a referendum. Do you realize what fabulous jurisprudence we could have had at European level, governance following a direct vote? I do not believe that such a method could be labelled anarchism. Once there had been a Scottish example, we could have seen a wonderful legal struggle to show that the time has come to take into account what people want. The play of simplified neo-liberalism could have ended.

The last words on the referendum are on Facebook. That is no coincidence. Once again and for the hundredth time in the past ten years, reality does not emerge from newspapers, TV screens or treaties, but it is a product of inter-human relations. It does not matter where they take place: in a bar or in social networks. According to constant paper announcements, Glasgow and Edinburgh were the staging groundsof fervent Yes and No supporters. Not at all! Both Glasgow and Edinburgh were quiet and peaceful as the 70 kilometers of countryside between them. Reason. Working days. There was a life before the referendum and it was resumed immediately afterwards. Only that it was done in a way that we, the Continentals, do not understand. For us, things are very simple, reduced to an equation with just one variable. The Scots, however, live in perfect rhythm with geometry: simplicity in its complexity.

The evening before the referendum, I entered the bar ‘Kilderlin’ on Canongate, a street prolonging the Royal Mile, not far away from the Scottish parliament in Holyrood. “Wifi? No way, never.” I liked that. Simplicity. Humility. I asked for a whisky. What followed were ten minutes of questions and discussion: smoky flavour or not, with or without aroma, what kind of aroma, to what extent, what age, which region, more or less bitter. In the end I had a sensation of  ….being overwhelmed. I said “Listen, Sir, in France I drink Jack Daniel’s or Ballantine’s”. The guy responded unperturbed: “That’s no whisky. And you are not in France here”. I thus had a look at the drinks menu: nothing sounded familiar. I therefore allowed myself to be seduced, according to their measurement, not our millimeters, and it was …divine. Perfectly customized for my taste buds.

Here it comes, the first Scottish lesson: never accept what you get and what others think to be appropriate for you. Take what really suits you. The United Kingdom, the European Union, the United States, Eurasian Economic Community for instance, they can give to and take from a state in a way that does not correspond to what is expected or commonly needed. That is not universally valid though.

The second lesson is, despite the fact that the referendum did not bring about independence, the flawless exercise of democracy, conducted in a calm and professional manner: “It is possible to set up a referendum on the future of a nation without armies or militias putting pressure on the people. This is called democracy and is specific of Europe”, the French journalist Fabrice Pozzoli-Montenay wrote on his Facebook page. That is how it should be, I would add. He also affirms: “The Scots are already guaranteed extra powers in the management of their territory. No gain without pain.” This is also the case with the Irish and Welsh.

Last but not least, “the excellent Yes campaign, which was led by Alex Salmond, has revealed the mediocrity and contempt of the London ruling class. Certain Parisian elites should have a closer look at that…”.

Well, Alex Salmond resigned from his position as Prime Minister and leader of the Scottish National Party. However, the example of his campaign should be followed not only by Parisian elites but also European ones! So that we get the feeling that our votes count.

The future is not written in stone for the English. Actually for neither of the breakaway regions in Europe. The only one with virtually no power at this moment in the United Kingdom is London. England. She still depends on Westminster, whereas the Scots, Welsh and Irish have awoken with more decision-making power. With practical independence. As to Catalonia, the No has given wings to Madrid, which forbid the referendum scheduled for 9 November. In Spain, the excise of democracy will not take place yet.

Iulia Badea-Guéritée is a journalist at Courrier international and regular contributor to Voxeurop.eu . more…