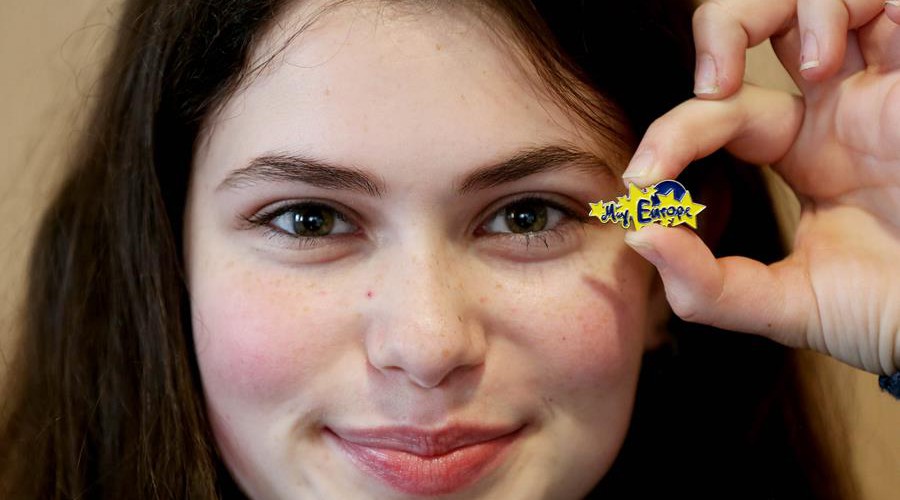 It might come as a bit of a surprise but Europe is still popular in Ireland! Certainly the financial and economic difficulties of the last few years have presented huge challenges for the Irish government and Irish society. There have been job losses, emigration and cuts in living standards that have affected almost all Irish families. Who was to blame for all this- maybe Europe? For some people in Ireland the answer to this question is yes. Some doubt that Ireland has really been shown the ‘solidarity’ that EU leaders pretend. However, away from the heat and noise of current politics, something much deeper and more important has survived the crises of the last few years: the idea that Ireland belongs in Europe. Indeed, Ireland in many ways has become more European in recent years thanks to the greater diversity of our communities with many families now having connections with the countries of Central Europe.

My perspective on all this is from the vantage point of running an undergraduate programme in European Studies at Trinity College Dublin. This programme is very attractive to students with stiff competition for places. We have Irish students from different regions and backgrounds and also students from various European countries in the programme. Students come to study two European languages, and to study European history and politics. It is not a programme that focuses narrowly on understanding current European affairs or the institutions of the EU. Rather, it offers students the chance to learn and think about Europe’s literatures, histories and cultures as well as its sociology and economics. Students also spend one year of their four-year programme in a partner university in one of seven European countries. Students are also encouraged to develop their own research projects as well as pass examinations!

When I ask students why they decided to choose European Studies for their degree- they do not reply by speaking about current politics. Rather, their answers reflect on something much more important- the understanding that their futures and the future of Ireland will be found in engagement with the rest of Europe and the wider world. Ireland is a small country on the north-western margins of an extraordinary and diverse Continent. Students appreciate that to thrive in the new Europe they need to learn European languages, to learn about the cultures and histories and traditions of Europe, and to understand the Europe of today in the context of its rich, diverse and complex past.

There are always reasons to be concerned about the future but working at a university like Trinity is a wonderful antidote to pessimism. I get the privilege to work with a new generation of talented, hard-working and (yes!) ambitious students who look out with confidence from Dublin across a Continent that they call home. Students from around Europe are welcome to join us!

Graeme Murdock is Associate Professor of Modern History and Director of the Centre for European Studies at Trinity College Dublin.

Davide Cannata is the Deputy Chairman of our Youth Council for the Future and represented us and “My Europe” during the IE University’s International Conference on Reinventing Higher Education as a panelist. I have met with him to talk about his experiences.

The IE University has recently organized the 5th edition of their International Conference on Reinventing Higher Education in which you participated. What was this year’s theme of discussion and who were the attendees?

The conference was composed of 4 different panels. I participated in the introductory one, called “Beyond Bologna, targeting new priorities in Higher Education”. The main topics were core-competencies, innovation, employability, international programs, flexible curriculum and evaluation. Four more people were talking in the introductory session: Stéphan Vincent-Lancrin, researcher at the OECD; Thomas Estermann, representative of the European Universities Association; Paul Norris, from UK NARIC and Kurt Deketelaere from the League of European Research Universities.

Regarding the Bologna Process and its implementation, were the opinions of the representatives of different professional fields convergent or divergent? Were their opinions different from the insight that you, as a student, have on higher education?

Summing up, I found that common positions were more frequent than the divergences. Most of the people at the conference agreed on the importance of the Bologna Process as well as the consistently insufficient results. The ambition of the process was in fact undermined by the actual implementation in the European framework. For example, countries are still really different in terms of the amount of funds given to higher education.

Were there solutions proposed for the discussed issues regarding Bologna or was it only a problem-finding session?

The goal of the conference couldn’t have been a problem solving role. That would have required a discussion of the present laws, the agreement of different representatives and much more time. We can say that it was a problem and opportunities-finding session. The main question was: What can we do to align university with the rapidly changing contemporary world? So it was necessary both to find problems and to present new needs and discoveries.

What was the consensus on the liberty students should have on choosing subjects and managing their studies? How much freedom is enough for comfort but complying with the credits system and the established curricula?

It was a hot topic and it mixed two different ideas of student flexibility. Flexibility about the subjects and flexibility about how to confront the subject. Those who saw flexibility mainly as the choice of subjects were mainly apposing too much of it. Although it might be cool studying a bit of political sciences, a bit of economics and a bit of philosophy (just to make an example), the resulting profile could not meet the criteria required to enter the professional world. More positive was the vision of those who considered flexibility especially as concerning a more flexible work of the students inside their classes. It was differentiated between the possibility of being flexible at different levels (bachelor-master-PhD) and the general idea was that flexibility can augment through the education.

How are evaluation methods to be changed/improved? How much regulation is enough for an objective comparison of results but not restrictive of the universities’/instructors’ liberty to choose how to grade their exams?

This was another important topic. Here the main problem seems to be the different way of evaluating people across different countries. In Italy, for example, oral sessions are more common, while in Spain most of the evaluation works through multiple choice exams. Furthermore, it’s really different to convert the grades from one nation to another and it is a problem during international exchange. There should be a better understanding of the main goal of grading students: Is it about giving them a score to present to companies (that in most of the cases are not so concerned about it) or giving them a feedback, a confrontation and a further learning moment? Choices of evaluation methods should start from there.

Overall, how was your experience at the conference? Have any prospective themes been proposed for next year’s conference?

My experience was really satisfying. My voice was recognized and it flattered me. Moreover, I learnt many things from different people talking about the future of European Education. What was underlined by many was that in the process of forming competitive professionals, it is always important to focus on the core competencies of the students. Internships were also viewed as an important way to contribute to the professional growth of a student. There wasn’t a proposal to set up next year’s agenda. I hope that what has been discussed at the RHE conference will be material for political discussions in the coming years.

Is there anything else you would like to add?

I would just like to thank you for the interview and wish you the best.

Elena (20) is a member of the Youth Council for the Future. She is involved in “My Europe” since the workshop in Bucharest in 2011.